I slept horribly the other night and decided to sleep in because a tired brain is a dysfunctional brain. I had nothing planned that next day to wake up early for and realized that this would be a great day to be lazy. I am not sure what caused my unrest though I lay all night with busy mind syndrome. Sadly the chaos that was to ensue would not allow the extra slumber that I so wanted. This terrible technological turmoil would not allow the excess rest to calm my brain that I desperately desired.

From a very young boy, my mother was relentless in the idea of not burning daylight. I would stay the night with a buddy, and as young boys do, we stayed up until at least three in the morning. Inevitably my mom would show up at eight in the morning to take me grocery shopping with her. The idea of a snooze button was like a unicorn; it did not exist in her life.

The Boy Scouts also fostered our sleepless behavior when we went camping. They allowed us to stay up until the wee hours of the morning. Although we were able to stay up late, we also had to rise early to start the day together. No matter how tired we were, no snooze button was allowed to help us.

The Marine Corps continued to maximize this behavior of inadequate sack time. They wiped the idea of the mythical snooze button from anyone still holding onto this unicorn concept. Zero dark thirty was our typical wake-up time and even earlier on training days.

I am such a light sleeper that if a mouse sneezes in my living room, I say “blesses you.” All of that being said my motto has always been to hope for the best but plan for the worst. However, technology has a habit of modifying your ideas no matter your goals. I never want there to be a chance of oversleeping. This desire of not wanting to be late is of the utmost importance. I stagger my morning alarms so that if one does not work the backup number one or even number two will wake me.

While trying to sleep in the first alert in the morning were my lights that come on at ten percent power. They gradually get brighter by ten percent every sixty seconds or so. Keep in mind that I am a light sleeper and this is all that I need to wake me from my deep sleep coma. All of the lights in my house would hit maximum power in ten minutes, so I quickly turn the lights off and close my eyes to revisit the Sandman.

Fifteen minutes later my Google home begins an alarm sound. When my Google home alerts me, my response needs only to be vocal, and I do not need to move. Annoyed I wake up and loudly tell this tiny tech “ok Google stop!” The problem is that I must shout during the lull in the sound especially when I am waking and in a torpor state. Once the siren sound stops I close my eyes and try to return to my dream once again.

Ten minutes later the alarm on my phone began to shriek and shout to wake me. When my cellphone alarm rings I must physically manipulate the phone to turn it off. This task is daunting because for me to roll over and grab my phone is a challenging task since my body does not always cooperate. I fight with my body for several minutes making me wide awake, and I remember that this is my last alarm for today. Settling back into bed I close my eyes to finish my dream of running a marathon as I stood in the winner’s circle.

Ten minutes later was the introduction of the straw that broke the camel’s back. I hear the three small motors that open my living room blinds. They are set to open every morning bright and early at seven in the morning. I also begin to hear chirps from my phone reminding me of various upcoming tasks. Obviously, today I will not be getting the needed peace for extra hibernation. 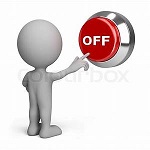 This day reminds me that although technology is usually fantastic, it has its weaknesses too. Most importantly you must look for an off button for those times when you require extra respite. If only one of these alarms sounded that day, I could have continued sleeping even with the motors of the blinds whirring. Alas, I will have to try to sleep-in next month.

I cannot go to work tomorrow. I fractured my motivation.

View all posts by myramblings74

This is a text widget, which allows you to add text or HTML to your sidebar. You can use them to display text, links, images, HTML, or a combination of these. Edit them in the Widget section of the Customizer.
Loading Comments...
%d bloggers like this: